He was the son of an artisan and a lady of the Irish royal court. Born in Connaught, Ireland, and baptized Lochan, he was educated at Kilmacahil, Kilkenny, where the monks named him Fionnbharr (white head) because of his light hair; he is also known as Bairre and Barr. He went on pilgrimage to Rome with some of the monks, visiting St. David in Wales on the way back. Supposedly, on another visit to Rome the Pope wanted to consecrate him a bishop but was deterred by a vision, notifying the pope that God had reserved that honor to Himself, and Finbar was consecrated from heaven and then returned to Ireland. At any rate, he may have preached in Scotland, definitely did in southern Ireland, lived as a hermit on a small island at Lough Eiroe, and then, on the river Lee, founded a monastery that developed into the city of Cork, of which he was the first bishop. His monastery became famous in southern Ireland and attracted numerous disciples. Many extravagant miracles are attributed to him, and supposedly, the sun did not set for two weeks after he died at Cloyne about the year 633. His feast day is September 25th. 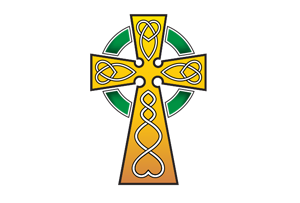 
Click to see the Weekly Winners from the week beginning 25th April.


Click the link to see our award winners from the week beginning of the 4th April.

No events coming up!